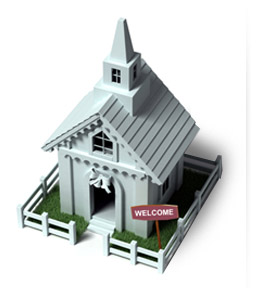 Archdiocese - The word "archdiocese" is not used in the Anglican Church; it is actually a Roman Catholic term. An Anglican Archbishop is in charge of a diocese.


Bishop - An ordained member of the Christian clergy who, in the majority of Christian churches, holds a position of authority. A Bishop is a successor to one of the Twelve Apostles, who has been consecrated by other Bishops. An Archbishop is a bishop who has additional responsibilities. Some archbishops have "metropolitan authority" over other bishops, while other archbishops are simply the chairman of the House of Bishops, with no special powers. This term is becoming less widely used, in favor of the term "Presiding Bishop".

Deanery - A deanery is an organizational unit that is larger than a parish and smaller than a diocese. Not every diocese is divided into deaneries, but some are. If a diocese has more than one bishop, sometimes each bishop is responsible for a separate deanery.

Diocese - The Diocese is the fundamental unit of structure of the Anglican Church. Every diocese is the seat of a Bishop. In general, a diocese contains many parishes and churches, and normally dioceses are combined into larger administrative units called Provinces and National Churches.


Episcopal - "The Episcopal Church" is the official U.S. name for the Anglican Church.


General Convention - Each of the member churches of the Anglican Communion has some process by which it governs itself. In the United States, the Episcopal Church holds a General Convention every 3 years, at which the canons of the church are updated.

General Synod - General Synod is the same kind of event as a General Convention, but in different countries. For example, England, Canada, Australia, and New Zealand hold periodic General Synods as part of their church governance process.

National Church - The term "national church" or "independent church" is most often used within (but is not limited to) the Anglican Communion and Orthodox Christianity. It is usually a reference to a church organization that claims pastoral jurisdiction over a nation. Sometimes the head of state is considered the ceremonial head of the national church, while at the same time not endorsing itself as the state religion. The term should not be confused with established church ("state church"): a national church differs to a state church since a national church does not necessarily need to be officially endorsed by the state, and even in some cases is persecuted by the government. For example, the Episcopal Church in the United States of America considers itself the national church of the United States.


Nave - In Romanesque and Gothic Christian abbey, cathedral and church architecture, the nave is the central approach to the high altar. The name (from the Medieval Latin navis, "ship,") was probably suggested by the keel shape of its vaulting.


Parish - A parish is the smallest unit of administration within the Anglican church. Most parishes have just one church, called the parish church. But some parishes do have more than one church, more commonly seen in areas with sparse or declining population. Thus a parish with three churches, all served by the same priest and/or assistant, would be termed a "3-point parish".


Sexton - A church officer charged with the maintenance of the church buildings and/or the surrounding graveyard.

Sidesperson – (Correctly known as a "sidesman", in the Anglican Church) is responsible for greeting members of the congregation, overseeing seating arrangements in church, and for taking the collection. In England they are usually appointed by the Annual Parochial Church Meeting and receive guidance in their duties from the Churchwardens.


Vestry - A board of directors for a parish. In many provinces of the Anglican Communion, including those in North America, the business affairs of a parish are managed by a vestry that consists of members elected from the congregation. Historically, it was also the name for a storage room in or attached to a church, where "vestments" were changed.